Back then in November 2012, Me and Eddy were looking for one place called Mahatat Mesr. Eddy was going to pick up her parcel that her father sent .The post office were located at Mahatat Mesr. Me and Eddy absolutely don't have any idea where on earth that Mahatat Mesr located. Eventhough, we're already asked some of our friends, but we still can't find that place. So, both of us decided to asked one Egyptian woman.

"Fein, Mahatat Mesr?"
Eddy tried to communicate with the woman.

"You can speak english if you want"
The egyptian woman said.

That egyptian woman show us the way to Mahatat Mesr and invited us to join her picnic. We just thanked her and only take what she gave us.I was hesitated to eat the food because of those two advices. Maybe,I was afraid of the santau things.

But finally, I decided to eat that food. The food is tasty. Seriously ! but because of being afraid of the santau thing. We throw it away after we ate one bite.

A few months later, Ustazah Walaa' told us that the food is called Masyi and one of the traditional food in Egypt. We feel bad because we didn't finish the food and have a negative thinking about the egyptian woman. We know that she is actually a kind-hearted woman.

"Ya Madam, ma3lish. But in this world, especially as foreigner in Egypt, We have to keep our guards up in every kind of situation. I know that we should always husnudzon, but in our situation, our safety is more important. Thanks for your kindness. May Allah bless you."

# Mashi is wrapped with veggies not with rabbit intestine, you can click on the link given if you're interested to cook it.
www. yejekkaunakmasak.com 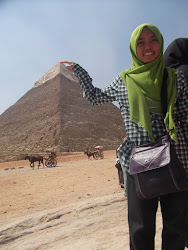 Traveller's Tales
"say: travel through the earth and see how He makes the first creation, then Allah creates the latter creation; surely Allah has power over all things."
Surah Al-Ankabut 29:20 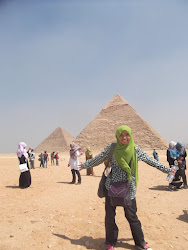 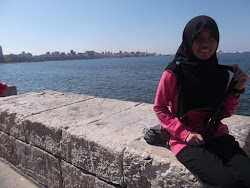 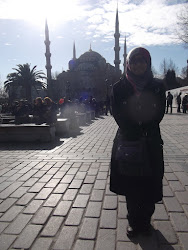 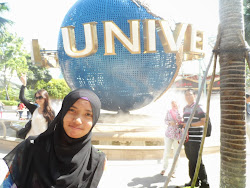